How it all began:
In January 1926, Paul Baumert founded the company Paul Baumert Auto-Kühler und Karosseriebau at Jungfernplan in Hannover. In the autumn of the same year, work began on the construction of the company's first own workshop building and a residential building at Peiner Straße 15 in Hannover-Döhren. 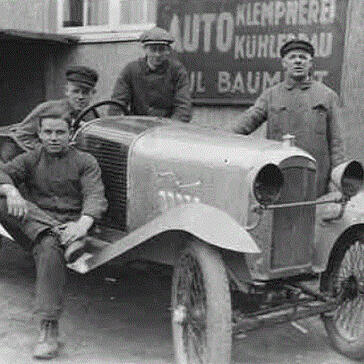 Oswald Dabergotz spent the war years at home, as he was considered indispensable. The business was considered a supplier to the municipal transport company, the post office, the fire brigade and the police.

During the war years, daughters Bärbel, Rosemarie and Katharina were born, and the long-awaited son Oswald Junior was born in 1949. 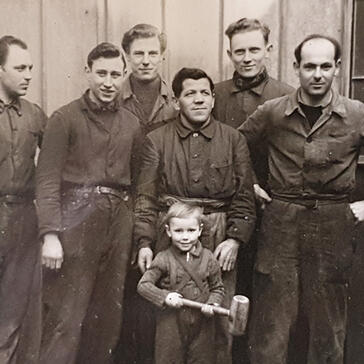 In 1951, the company's property at Wilmerstraße 5 was acquired. 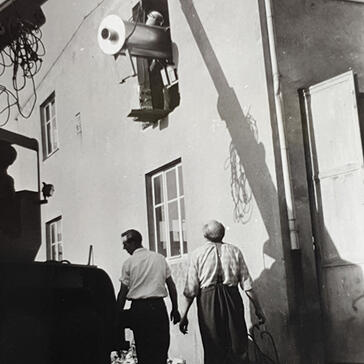 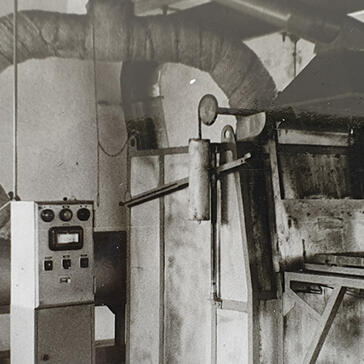 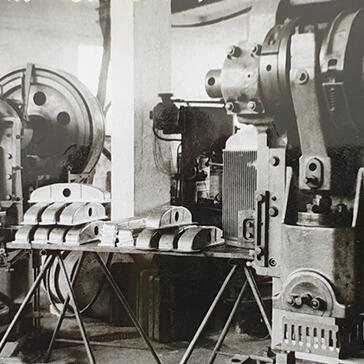 In 1967, Paul Baumert passed away and Oswald Dabergotz Senior took over the sole management of the company. The children Bärbel, Rosemarie and Oswald Junior were now firmly attached to the company, their work commitment more important than ever in preparation for a later takeover.

Radiator construction and container production ran parallel to each other. Reflectors for street lamps of the Hellux company were also produced in Wilmerstraße.

In 1982, Oswald Dabergotz Senior passed away and his children Bärbel and Oswald took over the management of the company, which now became Baumert u. Dabergotz GmbH. The main turnover now comes from container construction, companies such as Deutsche Grove, Demag and Liebherr from Austria were and still are among the customers. And of course many end users. Cooler construction turned more and more into service. 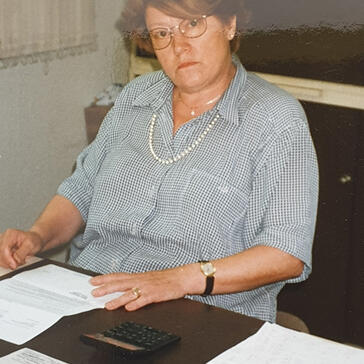 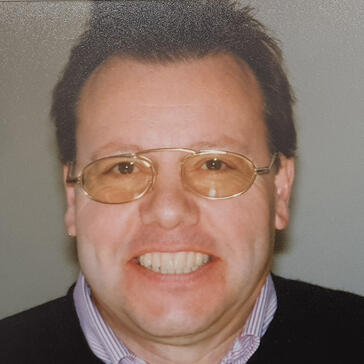 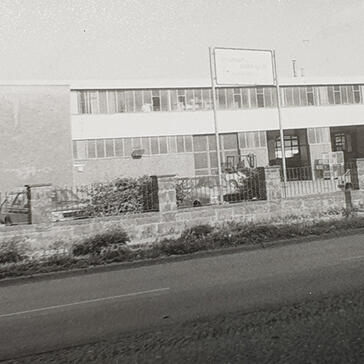 90 years Baumert and Dabergotz , repairs of tanks and coolers increase.  Bärbel and Oswald Dabergotz look back on 60 years in the company. It is time to look for a suitable successor and retire.

In May 2017, Lars Buschkowski, master metalworker and welding specialist, took over Baumert and Dabergotz and was appointed as the new managing director. Bärbel and Oswald Dabergotz retire into a well-deserved retirement, but are always on hand to offer advice and support.

Pipeline construction was added to the production as an additional business field.

Aluminium sand casting welding for electric motor housings presented us with a new challenge. This task could be implemented in cooperation with the Fronius company and the TU Braunschweig.  A procedure test was necessary, with the help of DNVGL this was also solved.

A tank was designed, our first own product under the new management, it was brought from development to construction, ready for series production, including all approvals from the Federal Motor Transport Authority, it came onto the market and went into series production.

Coolers also have to be repaired in the Corona period, tanks are built, etc. A new task lies ahead of us... but more of that later.

We are looking for motivated reinforcementWould you like to become part of our team?

To the job messengers